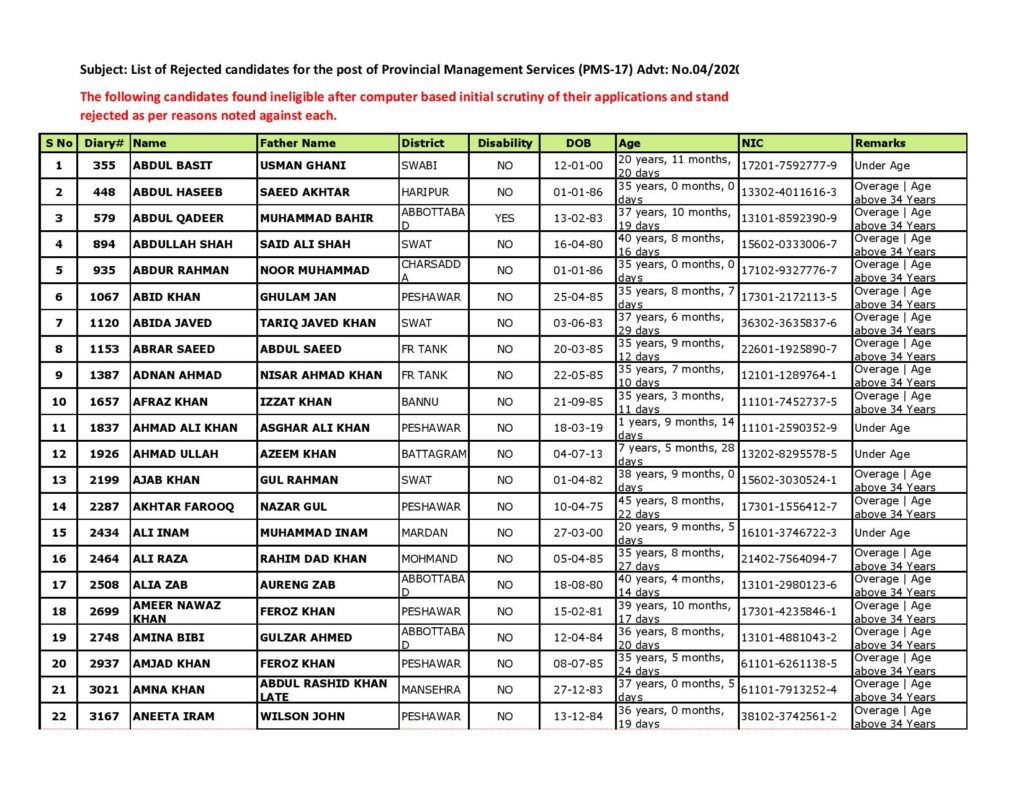 The Khyber Pakhtunkhwa Public Service Commission released a list of candidates who got rejected after the Computer-based initial scrutiny of their applications. The rejected candidates include both males and females.

As a participant in PMS Post, you must be curious to find out about those rejected applicants and the reasons for their rejection. The vacancies for the PMS post were available in the Service & General Administration Department under PPSC Advertisement No. 04/2020.

According to the PPSC details, more than 200 contenders got rejected, and all of them were from various districts of Khyber Pakhtunkhwa. It is the 2nd list of rejected; we also published the first one. Get it more on our website if you want. To find out more about them, scroll down.